Ethiopia’s Prime Minister Abiy Ahmed has ordered a military offensive to subdue the authorities in Tigray state, following an alleged attack on an army base.

The attack resulted in “many martyrs, injuries and property damage”, he said in a TV address.

The cabinet has declared a state of emergency in the region for six months.

“This situation has reached a level where it cannot be prevented and controlled through the regular law enforcement mechanisms,” a statement from the prime minister’s office said.

The authorities have also shut down electricity, telephone and internet services in Tigray.

Tensions between the government and TPLF, which used to be part of the governing coalition before falling out with Mr Abiy, have escalated in recent months, with both sides accusing the other of plotting to use military force.

On Tuesday, the federal parliament proposed that the TPLF be designated as a “terrorist organisation.”

What did Mr Abiy say?

Mr Abiy said that attackers “tried to loot” military assets during Wednesday morning’s attack, adding that “the last red line had been crossed” forcing the federal government into a military confrontation. 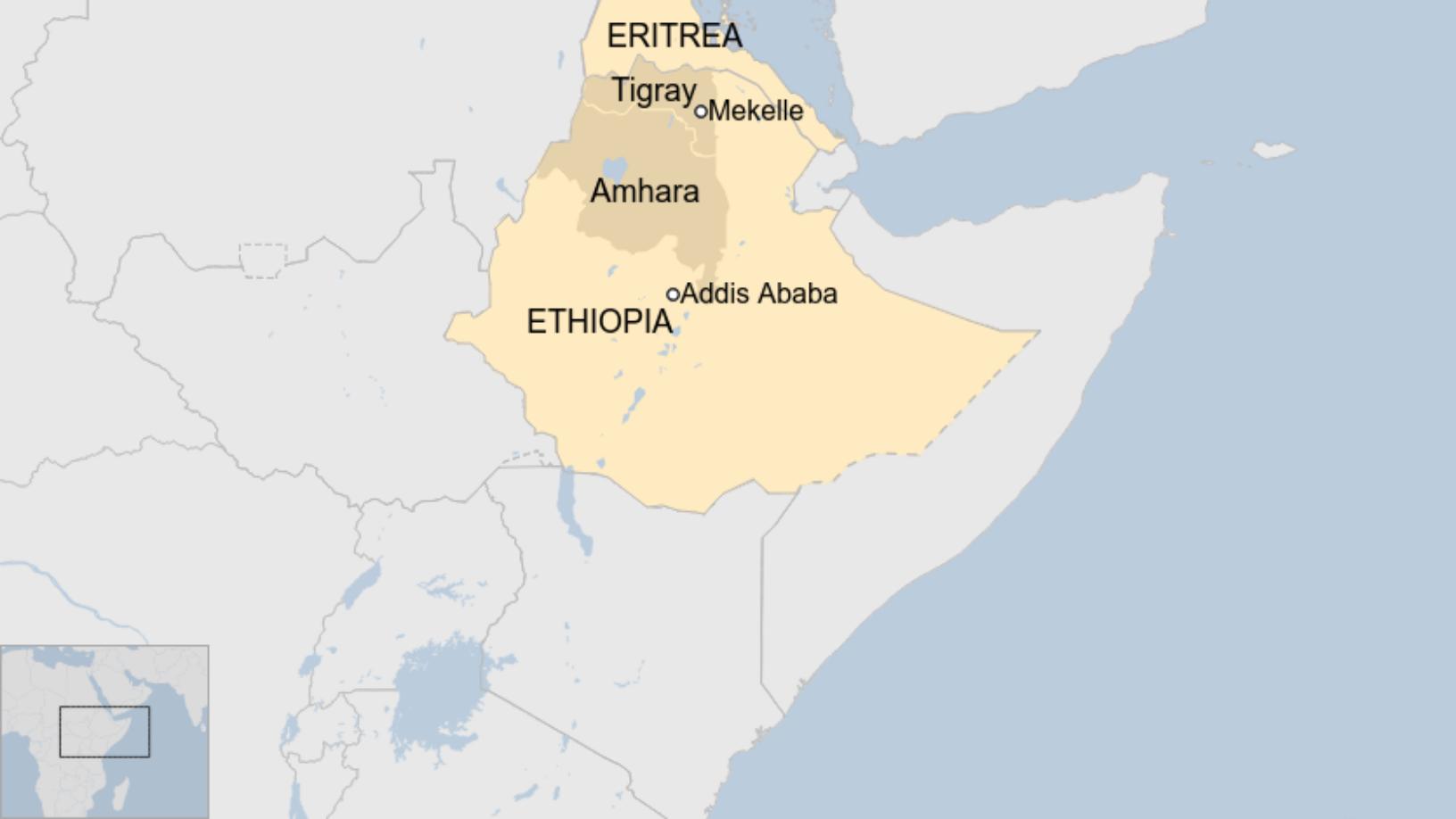 Mr Abiy’s office also accused the TPLF of dressing its soldiers in uniforms resembling those of the army of neighbouring Eritrea to “implicate the Eritrean government in false claims of aggression against the people of Tigray”.

Details of the attack could not be immediately verified.

What’s is happening in Tigray?

BBC Tigrinya’s Girmay Gebru reports that sounds of gunfire could be heard in Tigray’s regional capital, Mekelle, early on Wednesday morning but calm has since returned.

Residents haves since poured onto the streets but passenger vehicles are not operating because local authorities have imposed restrictions on movement and they have also closed the airspace, our reporter adds.

Banks and the only local office of state-owned Ethio Telecom – the country’s only mobile phone company – have been closed. The national carrier Ethiopian Airlines has also stopped flights to the region.

It’s unclear how the federal government will implement the state of emergency it has declared because regional leaders are in charge, our reporter says, adding that Tigray forces have been deployed to the border it shares with Amhara region.

What have the Tigray authorities said?

A local official has claimed that federal forces deployed to the region had defected but this has not been confirmed.

Last week Tigray leaders blocked a general appointed by Mr Abiy from assuming a new posting, saying he no longer had the authority to make such moves.

“We will never be the first to shoot nor the first to blink,” Getachew Reda, a senior member of the TPLF, told AFP last week.

On Tuesday night, hours before Mr Abiy’s announcement, Wondimu Asamnew, another senior Tigrayan official, told AFP the federal government was amassing troops on the southern border of Tigray – a claim that could not be independently verified.

“I think when it comes to military mobilisation, it’s not child’s play. It can trigger all-out war… what they are doing is playing with fire… a small spark can ignite the whole region. So I think we are on the alert and I can assure you we are capable of defending ourselves,” Mr Wondimu said.

What is this all about?

The Tigray region’s president, Debrestion Gebremichael, told reporters on Monday the government was going to attack – alleging it was punishment for organising its own election for the Tigray parliament in September, in direct defiance of the federal government and electoral board’s decision to postpone all elections following the outbreak of the coronavirus pandemic.

The government has described the vote as “illegal”. The national electoral board has since said the general election should go ahead in May or June of next year.

The TPLF held most of Ethiopia’s political power from 1991 to 2018, when Mr Abiy came to office following nationwide protests by ethnic Oromos. Since then, their power has waned.

Mr Abiy, who was awarded the Nobel Peace Prize in 2019 for restoring relations with Ethiopia’s long-time foe Eritrea, is facing increasing criticism from a number of sides, with ethnic clashes in several parts of the country and accusations that he has reversed some of the political reforms he introduced, with opposition leaders once more being locked up.